Change Skin
Change your Page-Background as you like.   You can always revert to default background by clicking here
Loading ... please wait

Currys - With You In Mind
Currys is an electrical retailer in the United Kingdom and Ireland and is owned by Dixons Retail plc. It specialises in selling home electronics and household appliances, with 295 superstores and 73 high street stores. Currys is a part of Dixons Stores Group alongside the likes of PC World, Dixons and Pixmania, Dixons Stores Group holds stores in countries across Europe.
Their annual sales in 2003/04 were £1,752 million and £1,852 million in 2004/05.
Currently the store which has the highest turnover is in Cribbs Causeway, Bristol. Other major stores are located in Wednesbury (north of Birmingham, just off Junction 9 of the M6), Fosse Park, Leicester, Teesside Park (Stockton-on-Tees), Gateshead, New Malden and Croydon. The largest store in terms of size is Wednesbury. New stores have recently been opened in Solihull, Newport (on the Isle of Wight), Chorley, Canterbury, Ashford, Sudbury, Livingston and in New Malden.
In April 2006, it was announced that Dixons stores (except in Ireland) would be rebranded as "Currys.digital", taking the total to 550 stores. In Ireland, the Currys brand continued to be only used for large-format stores, with Dixons retained on the main streets. However, in August 2008, the Dixons stores in Ireland were rebranded as Currys, similar to the UK move, but without the ".digital" suffix and with a new Currys logo.
Some stores in the UK are dual branded with the PC World name.
Currys was taken over by Dixons (now Dixons Store Group (owners of the Dixons electrical products retail chain) in 1984 but maintained its separate brand identity. In April 2006, DSG announced that its Dixons stores (except in Ireland and in duty-free areas in airports) would be rebranded as Currys.digital, making a total of 550 Currys stores in all.
Before the Dixons rebranding, the chain contained only a few small town centre stores compared with its much greater number of large out-of-town superstores. These stores are generally split into four main departments - Computing, Home Entertainment, Major Domestic Appliances and Small Domestic Appliances. The stores are a mix of display products and self-service sections.
Customers can now reserve and collect products, meaning that products can be reserved on the Internet, then checked and bought at the local retail outlet.
It was announced on 17 January 2007, by John Clare, the Group Chief Executive that when the leases on the remaining 'Currys High Street' stores (not the rebranded Currys.Digital stores) expire, it is unlikely that the leases will be renewed, hence the stores will be closed at the earliest opportunity. This was included as part of 'Jeremy Warner's Outlook', a business comment panel in the Independent newspaper (UK).
In the UK, Currys gained a new logo, and slogan "We Can Help". The logo was a red typeset on a dark blue background but this was later tweaked to white text (in keeping with PC World's logo). Currys sponsors The Simpsons on Sky1, carrying the new logo and slogan. The UK website carries the new logo, the Ireland website used to have the old logo until late 2010. The UK adverts now also carry the new logo.
[Sourced from: Wikipedia]
Currys offers Hot deals UK, discount codes, promotions around the year. All Currys discount codes, hot deals, voucher codes, special offers, promotional codes are listed in this section. It is recommended, that price and money conscious shoppers check this place to make sure that no money saving opportunity is missed unnecessarily and they are always able to make maximum saving; ensure lowest price and best value for their shopping.

Please browse other sections to see more discount codes, promotions, hot deals UK, voucher codes from hundreds of other shops and merchants. If you are looking for a Currys voucher code or special offer or discount but cannot find it here, kindly contact us.
Like Currys discount vouchers or prefer more hot deals, voucher codes in this section? Show your support in Google+ and Facebook. 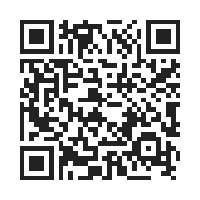 How to Save both Money and Time using Currys Voucher Codes

The best way to make the most of the deals offered by this partner is to add it to the Favourite Shops. This simple 1-click action will keep all deals from this partner in one place and make them accessible simply by clicking the 'My Favourite Shops' option on the top-right side of the menu bar. Please feel free to add as many merchant shops to instantly see all offers from all selected shops together in one place. This saves a lot of time as there is no need to look for offers from each merchant individually. We recommend all shoppers to use this helpful feature so that they never miss out on any Currys voucher codes or other hot deals.

We also ask all shoppers to subscribe to our hot deals newsletter or better still signup for a free user account. Additionally, it also allows shoppers to choose how often they want to be notified of any new promotional offers and discount codes. They can easily stop receiving these deal updates any time or opt for a weekly or twice weekly update according to their preferences. So join our growing community and start saving even more. However, our money saving services and tools are able to work better for signed up users and help them save even more money and time. Find out more on how we bring more benefits to our registered users.
Photo: The City Hall in London at night. By: Billy Hicks (licensed under CC)  /  Full View

Tell a Friend / Share
Home
About us
Help  /  Videos

Get our Daily Discounts Newsletter and never miss a Great Discount !